Take a look at our

We are looking for new employees

We are expanding our production portfolio of protectivemasks with masks for medical staff. 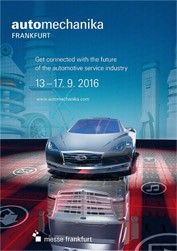 We are fully independent and use our own development and research to produce our products. For a long time of our existence, thanks to the quality of our products and the overall maturity, we have become one of the most important rubber companies (not only in the Czech Republic but also in Europe and we still maintain this position).

More than 80 Years of Tradition

Our company was founded in 1935

We cooperate with the best

Our customers are the most prestigious
car manufacturers or their suppliers

We export all over the world

We have been producing rubber products for over 80 years 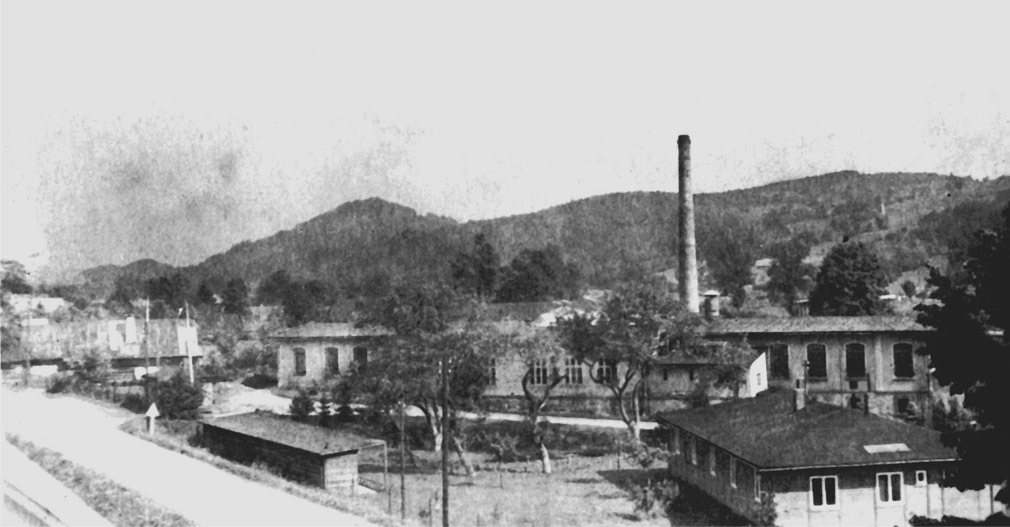 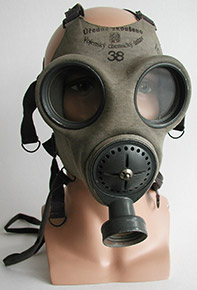 The company was established as a subsidiary of the oldest Central European rubber company Optimist in the town of Odry, Czechoslovakia, during the unsettled times shortly before WWII. Its original production included protective (gas) masks under Leyland (UK) licence and it is still referred to as an arms factory nowadays. When the town of Zubří was occupied by German troops, the company was renamed Gasma and became German property. The factory was reconstructed and focused on manufacturing German military gas masks. 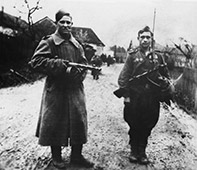 As being German property the company was confiscated after WWII. It maintained minimum operations due to lack of material and stopped its production for some time. But it did not take long and the political situation after the communist coup influenced its further development. The company received a strategic order for protective masks requiring new machines and expansion of production and the number of employees reached 600 in 1953. 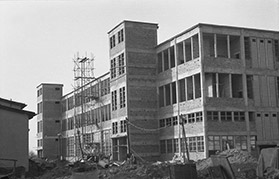 This period saw extensive reconstruction of the premises and construction of new buildings. In 1960 they started building a press shop and later a rolling mill, as well as new blocks of flats for the employees. The company installed new machines which proportionally improved the quality and output. The expansion of production included especially civilian products such as a toothed rubber belt with a metal cord inside for sewing machines, which became an export article for a long time, and pimpled rubber-textile sheets used for table tennis racket coating. There was also a significant change in protective mask production. The range of products newly included CM-3 civilian protective mask and DM-1 child protective mask a year later.
In 1955 the company started supplying rubber car mats to Škoda Auto. This business was so successful that it has kept producing them up to now. 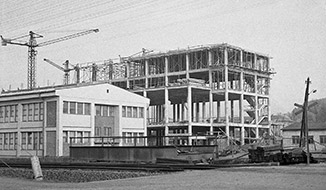 The whole period was characterized by great technological progress. The company implemented injection technology in its production in 1966, which increased productivity, reduced material consumption and physical strain and brought a wide range of new products. The major products of that period included milking equipment components, pram tyres, battery caps and protective masks. The demand for protective masks increased especially after the arrival of the normalisation era with generally increased political tensions. The expanded range of products included M-10 military protective mask with a speech insert and its later modification CM-4 civilian protective mask. The company supplied protective masks to the armies of the Warsaw Pact. 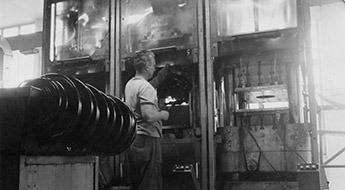 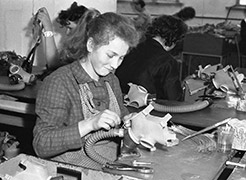 The range of products remained virtually unchanged during the period of “consolidation of socialism“. The production focused mainly on battery cases, milking machine accessories and protective masks and newly included washing machine cuff seals.
Thanks to its business with Škoda Auto, the company expanded the range of products for automotive industry and started receiving orders also from foreign countries, particularly from Germany and Sweden. It modernised its products, including the protective masks, which made it possible to attach a fluid intake system now, and bought the first computers and new machinery. 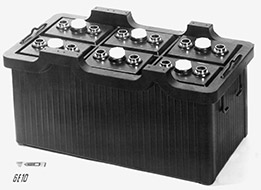 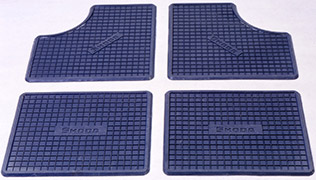 This decade saw some significant changes. New machinery, such as semi-automatic weighing equipment and a new salt-bath vulcanisation line, was installed and the company created new rubber compounds. It started producing 50 types of new products of which majority was related to new hose solutions.
On July 1, 1990, the subsidiary changed into an independent company Gumárny Zubří and was transformed into a joint-stock company a year later. It introduced a new division within the company and started expanding its business abroad. With the emergence of market economy and foreign import its sales decreased. This resulted in reductions in all production sectors, but foreign demand made up for lower home sales. The company further expanded the range of products for automotive industry, signed some important contracts with foreign car manufacturers and renewed former business with Škoda Auto. 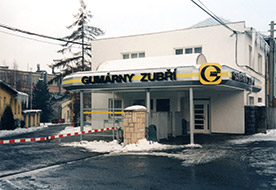 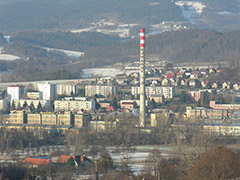 In 1997 the company got a new majority owner and carried out extensive modernisation of the machinery and environment. It was soon awarded an international quality certificate and had an overall audit done by TUV Bayern. This influenced further development of the whole factory. The company went over to production of moulded technical rubber for German automotive industry and started business with Volkswagen, which required further modernisation of the presses and developing new rubber compounds. The sale of rubber compounds proved to be very promising at that time, too. Thanks to the overall level of advancement, the company become one of the leaders on the domestic market. It started producing modernised OM-90 military protective masks in September 1998. In spite of decreasing domestic demand, foreign demand kept growing significantly, which brought major improvement in company’s sales. 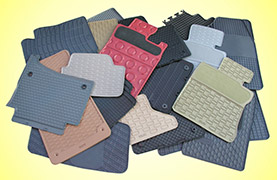 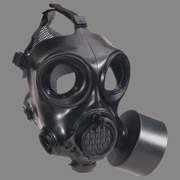 This period was characterised by deepening globalisation and the company got into a difficult position. It exceeded the size of local businesses but was too small compared to global companies at the same time. The company was hit by the 2008 financial crisis. There was a strong decline in production which resulted in reduction of production capacities and massive layoffs. The number of employees decreased almost by half. But it did not take long. The company overcame the crisis as early as 2009 and in the middle of 2010 it had 700 employees.
The production focused on technical rubber, plastic and TEP products for automotive and non-automotive industry. Its portfolio of customers expanded with brands such as Continental, BMW, PSA, Audi, GM, Opel, Ford and Toyota, and both foreign and domestic customers became aware of its products.
The company also kept developing and manufacturing its protective masks. It focused on modernisation of OM-90 military protective mask and OPCH-05 special clothing system, and subsequently signed a contract with the Ministry of Defence of the Czech Republic. Its participation in trade fairs and targeted presentations brought new important protective clothing and protective mask customers from all over the world. 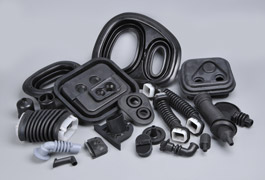 The company now focuses on civilian production and specialises in precision technical mouldings of plastics, elastomers and technical rubber for automotive industry. Its major activities include development and production of car accessories, particularly car floor mats. In spite of the decrease in military production in comparison with previous years, the company keeps developing and producing NBC protective equipment and is still referred to as an arms factory. Its protective equipment ranks among the absolute top, as evidenced by exporting the company’s products worldwide. 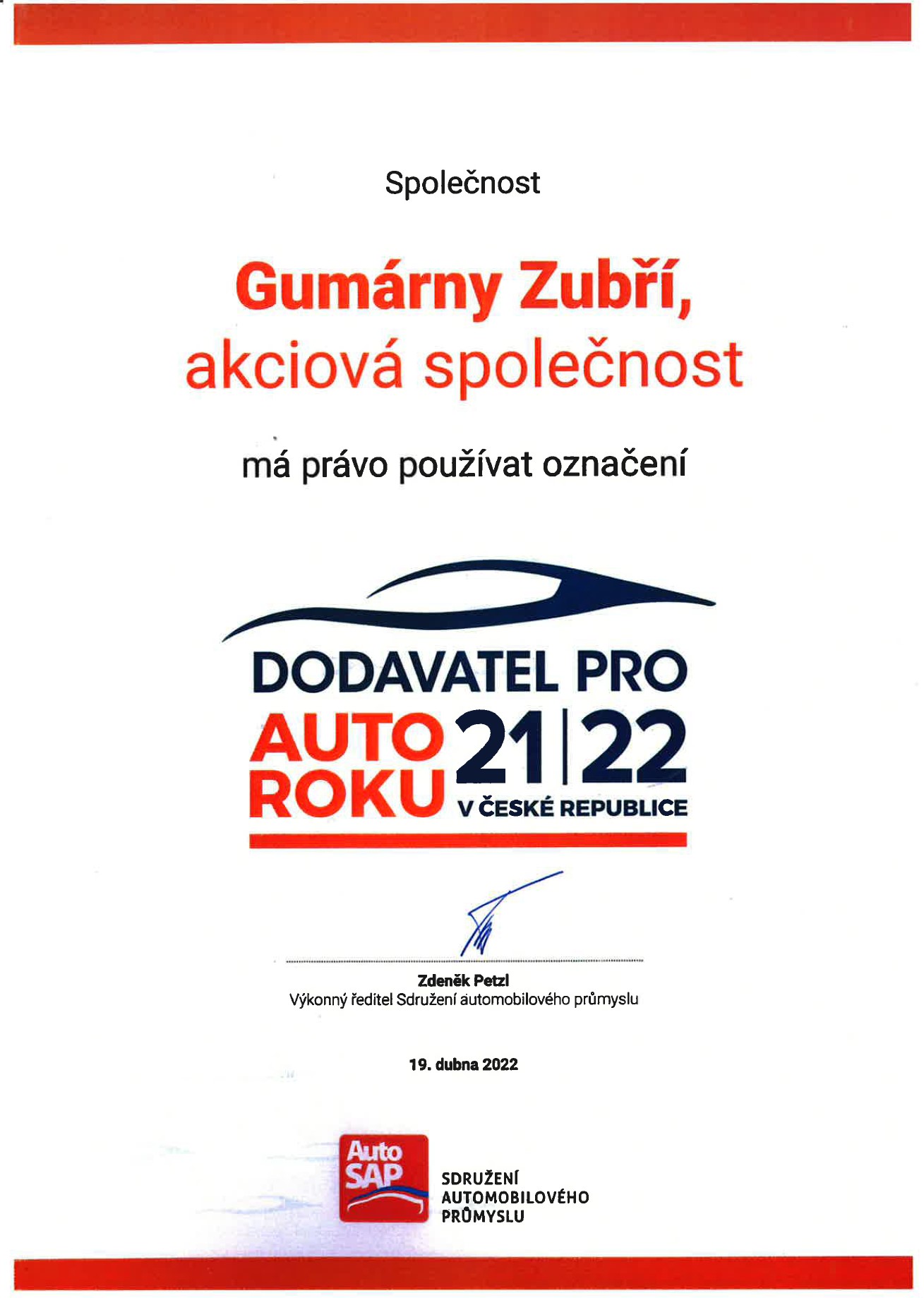 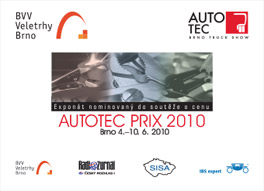 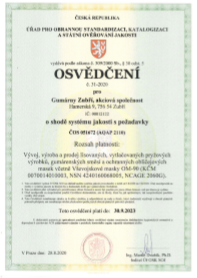 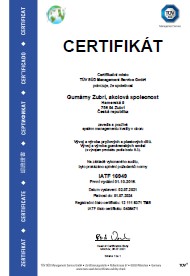 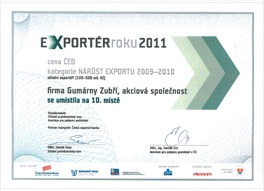 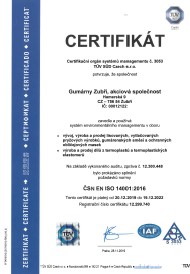 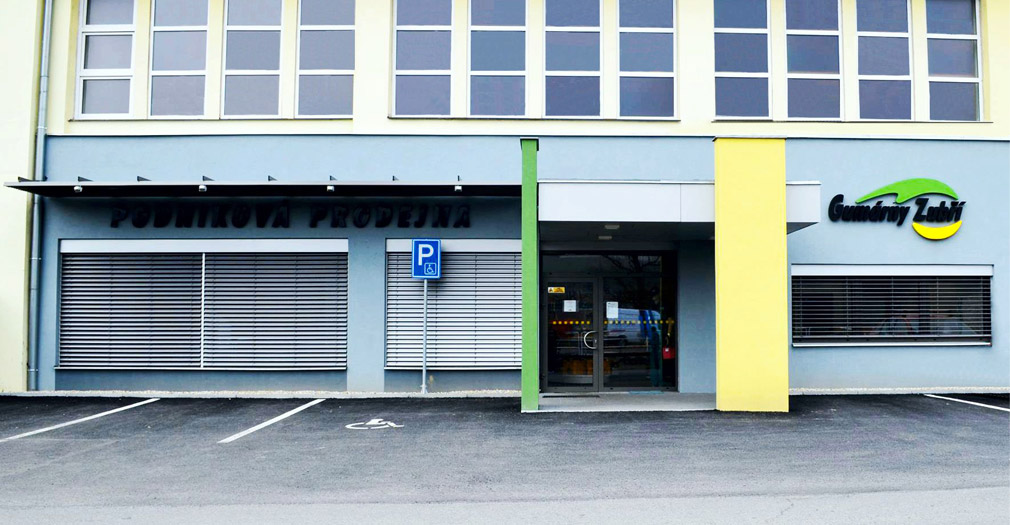 We provide our customers with extensive services which include our company store situated within the premises of the company in Zubří. The store offers our own products as well as rubber goods from other producers, such as petrol hoses, hydraulic and brake components, profiles, flooring etc.